Noise is attractive. It calls for attention. It can even begin sounding as if it is creating something new, while it is not.
I am thinking here of Generations TV soap’s catch phrase ‪#‎Sifunukwazi, as it garners support for its come back on the TV screen this Monday, 1st December. This is after unceremoniously dismissing almost its entire cast for daring to express their grievances. In any other field, say education, if teachers were all fired for demanding pay increases there would’ve been havoc. Indeed even those who took up their jobs as replacements would have been subject to disapproval, if not violence.

Now we watch as the SABC asks us to be excited about the return of the programme with this kind of reputation. They have succeeded in doing so, given the power of the media to lull the senses of our critical faculty.

In a country where strike labour action happens so often, the backstory of Generations could have offered us a chance to reflect on these issues in a public & level-headed manner. But we did not. This is an opportunity we have now lost.

Media & entertainment is an arena which lives out so many of the social issues we come across, in a leisurely but no less serious manner. It is an instrument so vital in the spread of information and strategic messages, just as it serves as a place of enjoyment. It represents one of those social activities in which ideas should be debated. We can then appreciate its social need. 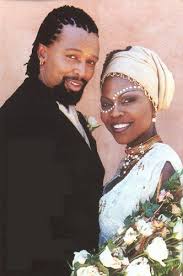 It feels like yesterday that we saw Generations for the first time on our screens in 1993.

When we saw the Moroka family—an aspirational symbol of black wealth rooted in the culture of the time. They were not a by-product of B.E.E. (Black Economic Empowerment)—B.E.E. didn’t exist back then. Rather they represented the vibrant entrepreneurs that existed in our townships, who were slowly beginning to make inroads in the realms of mainstream/white business in Mzansi.

We also saw the young Queen Moroka (Sophie Ndaba), a township girl pushed by her mother to marry into the dynasty of the Moroka family. Again here reminding us of the social pressures imposed on women to marry into established and respectable families of wealth in order to unshackle themselves from the violent dreams of poverty and depressed realities.

The lives viewed on Generations then seemed extraordinary, if not unrealistic, for blacks; we saw people who kept whiskey on their dining-room counters and smoked cigars whilst conversing completely in English. “Not even rich blacks in the township lived like this,” some of us would say to ourselves at our dinner table chatter. But we continued to watch.

Today those lifestyles embodied in Generations are commonplace. So, in a way, Generations pre-empted the kinds of post-apartheid realities before they even happened. This shows the wonderful potentials of media to imagine a reality that does not yet exist. And to normalize it, almost as if to say, when we change and are accomplished we should not marvel at ourselves. It eased the passage from the highly regulated and repressive environment of apartheid towards a free and democratic norm.

In this sense, Generations catered for our social need, whilst still entertaining us. Today perhaps we can begin to wonder if this role that Generations once served has not reached its sell-by date.

We are going to be inheritors of a great evolution in technology and media. What a great responsibility! We should not allow ourselves to be overwhelmed by current trends such that we become inflexible in our methods of operation. The present-age may be inviting us to speak with a new voice, by bringing fresh perspectives and new content.